why Nehru the "surname" had no respect and value after the death of Jawaharlal Nahru?

Hi friends and followers and Viewers here is a message about   Indira Gandhi, Nehru, Politics, S. Asia History, Sex, UK Empire. I read this post Indira priyadarshini  was a Islam person why because she married Feroz Khan.
She was in love with him so she married him with his name change as Hindu.

Than Rajiv  married Sonia a Christian Girl from Italy a country very near to Rome. She is a Christian.In India she just like that added Gandhi name with out converting in to Hindu religion. Political leaders and others were also not insisted for this change till date. She must be given Pressure on this matter is people talk in India.

Any How Nehru Dynasty is a family with a combination of Hindu ,Islam and Christian. More over Indira's Yoga instructor and silent lover Dhirendra-Brahmachari tells a story that Hinduism is mixed in Nehru dynasty.

Here I would like to establish one thing that is Islam wants to make India a s Islamic country ,is an attempt through Indira Priya darshini and than through Rajiv by sonia in Love Christianity want to establish India as a Christian country. Nehru was the first Prime Minister. Indira priya darshini Preceded by Charan Singh
Succeeded by Rajiv Gandhi. Here Indians has to look and Think deeply on this master Plan of Nehru? How dare this Family Members maintained their Rule on Indians is a pathetic matter. People of India must Look forward to suspend This family from Indian Politics,why because we Indians did not sold India to Nehru dynasty. This is a change in India is a must , I believe. Indian in India must feel shame and coward on these continuing proceedings. 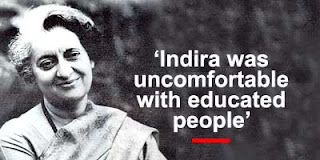 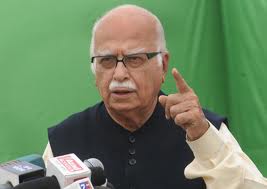 Zail Singh was an uneducated president appointed by Indira is the only President of India not known even to sig at the time of oath of office. What a Bad administration by Indira?
Above all after Sonia involvement in India you could have found lot of missionaries do propaganda work for Christian religion cast conversion promotional programs for many hours against Huge payments to all Television network in India. In Dhubai or in any Gulf Country you will not be allowed,In Rome or in any christian country you will no be allowed Than how In India this is allowed? why?   Is Bal Thackery /Lal Krishna Advani are sleeping with sleeping dose?

On this even may be Fraudulant Hindu religious leaders Like Bal Thackery orLal Krishna Advani  or Vajpayee or any R S S movement did not shown any step to Boycott these programmes on television network. why? Press and media are interested in promoting Christianity because they get HugeFunds from Missionaries Trusts. This is the truth.

Here I would to confirm that No one at any number of attempts can not convert India from Hindu religion to any Other religion. It isa ruthless attempt by all.

Zail Singh
Posted by j.k.sundararajan at 12:54 AM